“It takes a village. It starts with a house.” The House of Beautiful Business. Today in the abounded building of a former bank – soon a hotel – in the middle of old Lisbon city. About 600 “residents” of “the House” make use of the empty rooms of this impressive building in its transition time to redefine business.

From imaginative leaders to curious curators, business romantics, and humanist scientists, they are all coming to join the so called battle for beautiful business.

“Beauty is something that may or may not exist. It’s your decision.” is written on the wall.
Listening to some of the speakers they address the tensions that lie at the heart of today’s conflicts and inviting the residents to feel the dualism and double standards we all find ourselves in – as individuals, as organizations, as societies.
Controversial conversations on “tech” issues, like the weird relationship between humans and machines. The future role of Artificial Intelligence and how AI has another “approach” to make mistakes. The role of blockchain regarding transparency for financial transactions. Organizations creating algorithms in a responsible way, moving from “in technology we believe” to “in people we believe, tech we use”. Other classes about ideas and examples of alternate economies and on becoming more climate-active humans and finally writing a new story of “We”. Not to forget the Shareholder Value Funeral March.

I remember how Jessica Orkin, who called herself “a business obsessed humanist” mentioned that she wants to bring back the soul in our business. Let’s support her.

It’s far not what you imagine to be a typical conference. You see smart, tough women talking about tech issues. You are in the middle of people from Cape Town, Lagos, Los Angeles, Melbourne, São Paulo, Tokyo and many European cities with a large diversity of human- and technology-based jobs and backgrounds – from 23 to 70 years old.
Beside knowledge exchange, learning and intellectual inspirations the house is full of music, art, sports and culinary delights – far beyond the usual. The reunion of body, soul and mind. This is what makes this conference unique. I am going back now to this inspiring talk during a break about collaboration tech tools with David who works for Slack in Australia. See you soon and stay weird as a human, because a machine doesn’t have this ability! 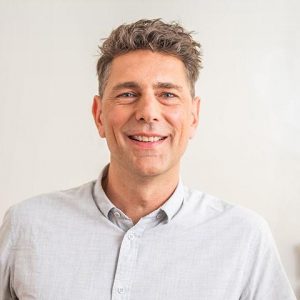 Obsessed designer of cultural change and deep-dive learning experiences. Researcher on the future of work and the new role of ownership, autonomy and a culture of error in organisations. Builder of bridges between new work and the old economy.

Inspiration and knowledge
for beautiful organisations

Thank you very much for your registration. We sent you an email with a link as a confirmation. You did not receive our email? Contact us: welcome@trainconsulting.eu

We use cookies on our website to give you the most relevant experience by remembering your preferences and repeat visits. By clicking “Accept All”, you consent to the use of ALL the cookies. However, you may visit "Cookie Settings" to provide a controlled consent.
Cookie SettingsAccept All
Manage consent

This website uses cookies to improve your experience while you navigate through the website. Out of these, the cookies that are categorized as necessary are stored on your browser as they are essential for the working of basic functionalities of the website. We also use third-party cookies that help us analyze and understand how you use this website. These cookies will be stored in your browser only with your consent. You also have the option to opt-out of these cookies. But opting out of some of these cookies may affect your browsing experience.
Necessary Always Enabled
Necessary cookies are absolutely essential for the website to function properly. These cookies ensure basic functionalities and security features of the website, anonymously.
Functional
Functional cookies help to perform certain functionalities like sharing the content of the website on social media platforms, collect feedbacks, and other third-party features.
Advertising
Advertisement cookies are used to provide visitors with relevant ads and marketing campaigns. These cookies track visitors across websites and collect information to provide customized ads.
Others
Other uncategorized cookies are those that are being analyzed and have not been classified into a category as yet.
SAVE & ACCEPT
Powered by