How are you really coping with all the changes currently happening in this world of ours? To what extent is the company you’re working for changing? And how is your job changing as a result?

My philosophy is that there is hardly anyone at the moment who is not also undergoing their own fundamental change. We hear on a daily basis that companies in this world are faced with challenges that were hardly conceivable a few years ago. Covid is only a small part of this, like a convex lens than brings pretty much all the problems but also all the strengths of this world into sharp focus. I already referred to this in my last newsletter article, but would like to share a few more thoughts on it here.

For a moment, let’s try and suppress the likely consequences of the war that is currently taking place in Europe – the pain we feel is still too raw.

The lack of resources has reached a level that is currently the biggest brake on growth for many companies. Considering the climate crisis, this isn’t just another piece of bad news but something that affects our ability to believe in everlasting growth.

The key challenge for humankind, and consequently also for all organisations, is climate change. To mention only one example: even if we were to recycle all materials for which the recycling technologies exist, we would only achieve a recycling rate of 22%. So, the problem is that we produce far more things than we need. And this means the “anthropogenic warehouse” keeps on growing. We have known for a while that we have to rewrite the narrative on unlimited growth. Instead of holding on to our irrational belief of unlimited resources, something like a systematic switch to a circular economy is called for. A complex undertaking, which many consider virtually impossible. That makes it all the more important that we don’t forget to look for good news and talk about the fact, for example, that two thirds of domestic waste generated in Germany and Austria is recycled, and about a whole lot more.

We at Trainconsulting started incorporating this essential topic of climate change in our work some time ago, and systematically integrating the SDGs into the advisory services we provide to our clients.

To this end, we have new, young consultants on board, as well as collaboration partners like denkstatt, a leading consultancy on environmental matters and sustainability, Christoph Ponak from the initiative for sustainable technical engagement shifttanks, and Christoph Schweifer, SDG expert, plus many more. Were always following our vision to help create “beautiful organisations for a better world”.

Beautiful organisations can be recognised by the framework they offer for generating good work. Important differences become apparent in the way they deal with people and the space they create for working and for social interaction. The term “employer brand” has taken on completely new dynamics. And these dynamics will not disappear in a hurry, because the shortage of skilled professionals has long become a general personnel bottleneck. And this is not going to change in the immediate future. As a result of demographic change, 10% fewer people of working age will be available by 2040.

In Germany, the time until a vacancy is filled has doubled within a space of twelve years. Digitalisation of society is causing enormous changes in job profiles and a significantly higher demand for highly qualified jobs. Availability of highly skilled employees is constantly decreasing in Germany and Austria. Labour shortage in the areas of medicine and care, in STEM professions and in manual skills occupations is particularly severe. This is amplified further by the huge need for people required in the area of sustainability and new environmental technologies. In the next two years alone, the four large consultancies around the world will require around 100,000 new consultants in these fields, according to estimates. Countries that narrow down the labour market even more by implementing rigorous immigration policies on the back of populist, nationalistic trends are aggravating the problem.

From an economic point of view, low wage policies and the outsourcing of entire industrial sectors to low-wage countries over the last decades have set the scene for the current situation – so, actually also a man-made problem. My prognosis is that exploitation is progressively on its way out, at least in western industrial nations.

As mentioned above: the better the conditions are that companies offer their employees, the more fairly they pay their staff and, above all, the more of a culture of appreciation and trust they establish, the faster these companies will be able to attract qualified and committed people before it’s too late. We have been seeing a significant turning point towards concrete changes in this direction these past ten years. Good news – once again. Companies like Vaude, Löffler, Ortovox, DM, Gore as well as Wholefoods and Patagonia (they all serve as examples for many others) have established organisations that largely use locally sourced and sustainable supplies for their production. They cleverly involve people in decision processes, focus on value-based communication and leadership and, as a whole, have a culture of equals. They deliberately forego profit maximisation, and their aim is to contribute to this world in a positive way by drastically reducing their carbon footprint and increasingly using SDGs or similar coordinates as guidelines for their own actions.

In the last decade, we have seen an increase in bold, visionary business start-ups – even in Austria, which is not exactly known as the Eldorado of start-ups. Many of these start-ups are committed to social and sustainable products. Brüsli, which makes muesli using old bread, or ANTE Up, a young enterprise that specialises in closed-loop product and furniture design, are only two examples in this regard. Young people with a penchant for entrepreneurship or with a healthy dose of risk appetite would rather found a company than be incorporated in companies that offer them little scope and even less meaning.

An antiquated economy that relies on inexhaustible resources, and policies that are too timid to enforce different management models make it harder to adopt a sustainable approach. But also among traditional companies we see those that would like to take on more responsibility, even if there are not yet enough role models in this regard. Bold, interdisciplinary decisions in the here and now are called for. Useful concepts for this are in the making. We will firmly continue along this path, help companies to do so too and, together with other players, report on good news again and again. 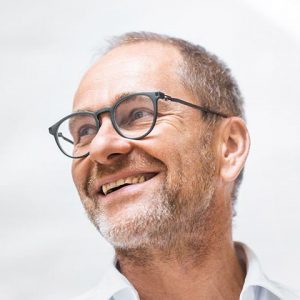 Inspiration and knowledge
for beautiful organisations

Thank you very much for your registration. We sent you an email with a link as a confirmation. You did not receive our email? Contact us: welcome@trainconsulting.eu

We use cookies on our website to give you the most relevant experience by remembering your preferences and repeat visits. By clicking “Accept All”, you consent to the use of ALL the cookies. However, you may visit "Cookie Settings" to provide a controlled consent.
Cookie SettingsAccept All
Manage consent

This website uses cookies to improve your experience while you navigate through the website. Out of these, the cookies that are categorized as necessary are stored on your browser as they are essential for the working of basic functionalities of the website. We also use third-party cookies that help us analyze and understand how you use this website. These cookies will be stored in your browser only with your consent. You also have the option to opt-out of these cookies. But opting out of some of these cookies may affect your browsing experience.
Necessary Always Enabled
Necessary cookies are absolutely essential for the website to function properly. These cookies ensure basic functionalities and security features of the website, anonymously.
Functional
Functional cookies help to perform certain functionalities like sharing the content of the website on social media platforms, collect feedbacks, and other third-party features.
Advertising
Advertisement cookies are used to provide visitors with relevant ads and marketing campaigns. These cookies track visitors across websites and collect information to provide customized ads.
Others
Other uncategorized cookies are those that are being analyzed and have not been classified into a category as yet.
SAVE & ACCEPT
Powered by